Being a well owner, it is your responsibility to maintain the water quality. EPA and your state’s local board of health or community health offices suggest that all well owners get their water tested for potentially harmful contaminants. Well water acts like a host to the elements found in soil, rocks, and surface. It is at high risk due to seeping and surface contamination.

Sodium is one of the many contaminants well water owners need to get rid of. Today, we will be discussing everything related to sodium in well water. This article will focus on the health effects of sodium, sources of sodium, it’s testing, and how well owners can remove sodium from well water.

Sodium is a naturally occurring element. It is highly soluble and explosive in the presence of water. We all have heard of sodium at one point in our lives. Sodium chloride, NaCl, is the chemical name of common salt. We consume sodium daily in various shapes. Almost every food contains sodium as an ingredient, but the problem arises when it is present in high amounts in your drinking water. You need to make sure that it is filtered from your water before you drink it in excessive concentrations.

Almost all the wells in the US contain sodium. Rocks and soils contain sodium compound, and when water moves over or through them, sodium is dissolved in water because of its highly soluble nature. The concentration of sodium in water can increase because of the following reasons.

Testing for Sodium in Private Well

The presence of sodium will not impart any color or smell in the water. It may give a salty taste in water, but it is very rare. The best way to know about sodium in water and its exact concentration is water testing. EPA and state health offices recommend a 3-year chemical screening for private wells. There is no standard set for sodium in drinking water. However, the EPA suggests that sodium concentration must not increase 20 milligrams per liter (mg/L) for people who are on a sodium-free diet. Sodium is covered in the secondary contaminant list. The MCL for chloride is 250 mg/L. High levels of chloride can cause corrosion; reduce the life of plumbing pipes, water heaters, and plumbing fixtures and appliances.

Sodium is required by human beings for the proper functioning of many organs and systems. We get sodium from daily food and water intake. For people with a no-sodium diet plan by their physicians, it can have the following health impacts.

Similarly, a low concentration of sodium in the body can cause the following problems.

The above discussion proves that sodium is needed in moderate amounts by human beings to function properly. Hence, its removal is important for people on a sodium-free diet. Let’s look at the ways they can use to remove sodium from well water.

Sodium will not be removed by boiling and filtration pitchers. A private well owner can use the following ways to reduce the sodium content in water. If you are purchasing a water filter, make sure you buy one certified from NSF/ANSI for sodium removal. 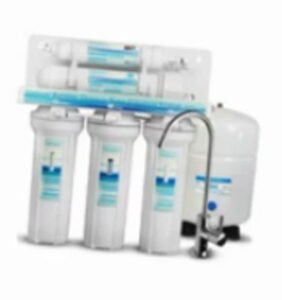 Reverse Osmosis Filtration System – A RO system is one of the best filters to improve water quality. It comes with 4-5 different stages of filtration. The main stage is the RO membrane, which can remove contaminants up to 0.0001 microns. RO systems are best suited for moderate salt content in well water. They work fine when the salt concentration is around 100 milligrams per liter. Above this concentration, it is possible that the filters may become clogged and may stop working. RO systems are best suited for small to medium homes and provide water for drinking and cooking purposes. Such filters are the point of use systems and are generally installed under the sink or over the counter. RO systems need regular backwashing and waste some water during the process. They need regular filter replacement and maintenance. 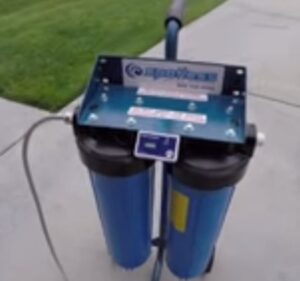 De-ionization – A de-ionizer is a device used to remove sodium-based salts from the water. It works in the same way as a water softener. However, acids and bases are used instead of resins to balance the sodium concentration in water. The effectiveness of the system depends upon the incoming water quality and acid/base power. The system needs regular maintenance and refilling of the acids and bases. You must handle these substances with extreme care and keep them out of the reach of children.

How to Prevent Saltwater Contamination?

You can prevent saltwater contamination in the following ways.

It is very important to get your water tested periodically. Only water testing from a certified lab will help you adopt the right treatment option. Our aim is not only to remove sodium from water but to make it safe for drinking.