Smelly water is one of the most irritating things you can experience in your daily life. Just imagine opening a tap for a toothbrush first thing in the morning, and your water smells like rotten eggs, taking a hot water bath in winters, and the water smells like a plate of black eggs, which were probably left in the open air for a couple of days. Even imagining it gives us freaks. Rotten egg smell is a common problem with well water across the country. 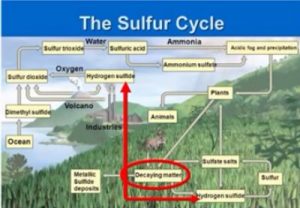 If only your hot water smells like rotten eggs, it can be due to a faulty water heater. Rotten egg smell may come due to a problem with your water heating system. Do not come to a conclusion until you have checked cold water taps as well.

If the water coming out of only cold water taps contains rotten egg smells, it is happening due to the presence of sulfide bacteria in it. Make sure you draw a large amount of water, 5-10 gallons in a bucket from a source as close to well, and then smell this water. You can also conduct a test on the water for confirmation but usually, the smell is enough as it is identical to the presence of bacteria in water.

Solutions to get Rid of Rotten Eggs Smell

Smell in Hot Water – If the smell is limited only in a hot water tap, it is due to a faulty heater. Some components of your heater are not working properly. You can get rid of this problem by just getting your water heater serviced or checked from a qualified plumber. If the problem persists, you would need to replace the water heater, or there is some problem with the water pipes that carry hot water to your taps.

Cold Water Smell Problem –If the cold water is also creating having rotten egg smell, you can deal with it in various ways. Let’s look at the best possible solutions to this problem

Adding some chlorine bleach in your well keeps the rotten egg smell away from your water. The reason is that chlorine kills the bacteria, and it takes around 2-3 months for them to get into your water again. Adding chlorine to your water gives it a bit of chlorine taste and smell. You can get rid of this problem by installing a carbon filter at the point where water enters your home.

Install a Chlorinator and a Carbon Filter

Use Peroxide in the Same System

You can also use peroxide instead of chlorine in the same system. In this case, you will also need a carbon filter to remove peroxide from your water.

You can also install an iron removal filter to deal with the rotten egg smell. It can remove low to moderate amounts of hydrogen sulfide in water and also remove iron and manganese. The filter will oxidize the gas, and the filter will then remove it. It is a complex process as you need to recharge the filter potassium permanganate. You also need to clean the filter regularly as the sulfur clogs the filter.

Aerating the well water can help in reducing the hydrogen sulfide to acceptable levels and thus eliminating the smell to tolerable levels. It is installed in between the well and a non-pressurized water tank. It is an expensive solution and adds another machine to your well water system to take care of.

You can also use ozone gas to get rid of rotten egg smell from your well water. It is a costly solution, and it is only recommended for large states using well water on a huge scale. 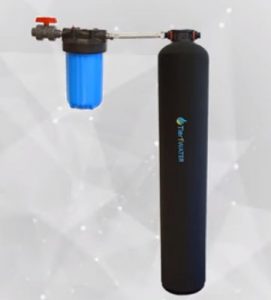 Getting your water softener serviced can be helpful as well. Sometimes the sulfur bacteria grow and reproduce inside the softener system.

It can also irritate the respiratory tract. The symptoms can be shortness of breath and coughing. For asthma patients, these symptoms can get severe.

Prolonged exposure can lead to inflammation and the severity of the symptoms, as mentioned earlier. In the unfortunate event of an increased concentration of hydrogen sulfide in water, you can experience vomiting, nausea, digestive problems, headaches, and dizziness.

The situation can be worse if someone is exposed to a high concentration of this gas for an extended duration, and it can result in shock, convulsion, coma, and unconsciousness.

What is the chlorine bleach water ratio for disinfection?

For a well containing 100 feet of water and an 8-inch diameter, 1 gallon of household bleach with 5.25% chlorine is suggested. Do not use scented bleach or bleach with cleaners other than chlorine. If you have a larger well, expect to use more chlorine. Chlorination will keep your well bacteria-free for 3-6 months.

Which is the best carbon filter to get rid of the chlorine smell after disinfection?

AO Smith’s whole house water filter system is an excellent choice for removing chlorine smell from water. It can filter 600,000 gallons of water and will last for 5-6 years for an average American family.

Which is the best iron water filter?

AFWFilters water filter can soften the water and remove iron from the well water. It is an excellent option for wells with a hard water problem and high iron content.

We have listed several possible solutions to get rid of the rotten egg smell from your well water. The best solution is to use chlorine and a carbon filter. If you cannot afford a chlorine injector, you can add some chlorine bleach in your well.

The exact amount of chlorine depends upon the well casing diameter, well depth, the water level depth, and the power of chlorine bleach you are adding. Instead of estimating yourself, get help from professionals, or call EPA Safe Drinking Water Hotline at (800) 426-4791.

Municipal water treatment facilities also use chlorine to get rid of all the smells and disinfect water. A carbon filter or a more enhanced reverse osmosis filter on the other end will ensure that your water is being made pure, healthy, and fit for drinking.